Theater and musical performances at Livorno 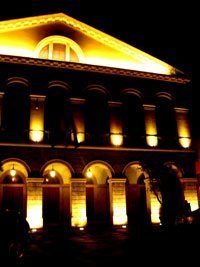 Arts center "The Skyscraper"
Via del Platano 6
Tel. 0586 896 059
Historic building of the Jesuit houses a small theater company's headquarters "The Skyscraper." It is also a school of acting and cinema.