Holiday Coast of the Etruscans

Livorno left behind, is the path that winds between the sea and nature, leading to the archaeological treasures of art and culture of the Etruscan Coast.

From Livorno to Piombino 90 km of coastline are bathed by an emerald green sea and scented by a thick pine forest Mediterranean. It is a handkerchief of land where nature is the true essence, rich in parks, natural oasis, wildlife refuges and protected areas.

There are beautiful sea resorts where you can find white sandy beaches as darker beaches and cliffs carved by wind where depths are deep and fish.

Today, the Etruscan Coast is a pristine area suitable for the tourist who likes a relaxed and quiet, away from mass tourism.

We follow the example of the Etruscans who chose the cliffs and wild charm of the Tuscan countryside as places where to find the greatest fulfillment.

Of this ancient civilization remain important and numerous and, in the Gulf of Baratti, the only necropolis located on the sea. But in the area can meet even small medieval villages filled with a thousand-year history, with paved streets, small churches, castles and churches. 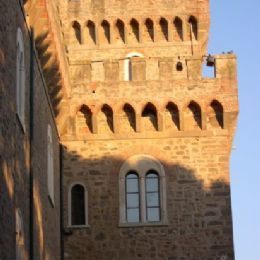 On the promontory of Punta Righini is Castiglioncello, popular seaside resort which found its splendor with the construction of the Castello Pasquini, the first large villa that allowed the country to attract holidaymakers famous and consequently led to the construction of other villas, hotels, , Residence and bed and breakfast.

Castiglincello is characterized by high costs and jagged, red cliffs overlooking the sea covered by thick pine forest, sheltered bays, beaches and bays bathed by clear, where there are characteristic beaches. Castiglionello for its beauty has inspired artists, writers and poets.

Frequented by visitors who love the ecological niches and atmosphere of villages where sea enjoy relaxing in a tasty spaghetti fish in one of several waterfront restaurants.

Medieval village founded in Etruscan times. At the heart of country is the Church of Sant'Ilario century and around a grid of streets follows the folds of the hill surrounded by walls. On the way up to the center meets the Old Town on whose facade there are a number of tombstones that describe the life of the country.

Its navy is a destination for international tourism who loves nature and outdoor sports. The beaches are ideal for walking, bike and horse. Even the wood of the Macchia Magona is a splendid natural environment protected where advancing between routes and trails, among the scents of species of Mediterranean vegetation dell'Oasi biogenetic hosting. 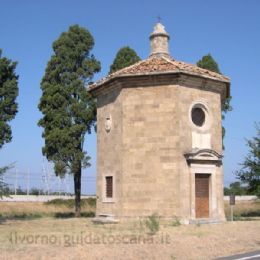 The country dates back to 1100. Bolgheri is a small village, a group of houses gathered around the two squares and owes its fame to the majestic avenue of cypress trees planted in 1831, connecting in San Guido, known for being a source of inspiration of the poet Giosuè Carducci. The poet lived in Bolgheri from 1838 to 1848 and many of his works told of life, character and environment of the small village.

The name of the country is a tribute to poet Giosuè Carducci who lived here his early youth.
The country is surrounded by rolling hills, fresh pine forests and the charming medieval atmosphere. In plain at the foot of Chestnut is the WWF of the faunistico refuge in Bolgheri, environment suggestive of exceptional importance and nature; hosts several species of waterfowl and not covers about 500 hectares.

The campaign is crossed by Chestnut Street Wine is produced where some of the most popular wines in the world thanks to the mild and temperate climate and talented producers.

Nose-equipped marina, is one of the most important bathing on the coast.
His deep sandy beaches and clear and fine garden, and prostheses to the sea, make San Vincenzo an oasis of natural beauty that combine the comforts of a cozy resort and hospitable, rich in facilities, which make it a destination for tourism who want to enjoy the tranquility but also the fun of outdoor activities such as walking, trekking
and horseback riding.

San Vincenzo is an 'excellent destination for those who love to immerse themselves in wine and food trails in search of the most characteristic flavors of Tuscany, including the tasting of wines of the area.

Populonia born around the sixth century BC by the Etruscan and became the richest mining town in the Mediterranean and most important of the ancient world for processing and trade of iron. A scenic road Populonia joins the Gulf of Baratti where there are important evidence of Etruscan era.

In the archaeological park, which covers about 80 hectares, organized through paths have visited the Etruscan tombs, the most impressive are the tomb mound in the seventh century wagons. BC and the tomb of a newsstand Bidder bronzes of the fifth century. BC Of great interest the monumental necropolis of San Cerbone, the only one to be built on the sea.

Cave of the way lets you reach the places where it was extracted stone used to build the city. The Acropolis is the highest point of the promontory of Populonia, where remains of walls and temples arise from