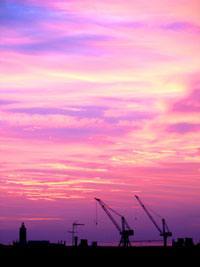 The port of Livorno is at 43 ° 32 '. 6 North latitude and 010 ° 17 '. 8 longitude.
Symbol of enlightened policy of the Medici, since the sixteenth century, and for centuries, was one of the most popular ports of the Mediterranean.

It was built by Cosimo II. In the sixteenth century became an important port for trade routes between Europe and orientation in the'30s and became a real industrial port.
After Reconstruction and the slow recovery that followed the Second World War, in the'70s has become the most important port in the Mediterranean for container traffic.

The port of Livorno is well connected with major transport infrastructure, is close to Pisa, just 90 kilometers from Florence, and just 3 km from the railway station.

Today the port of Livorno is one of the best equipped Italian ports: can accommodate any type Shiptype, tourist and commercial, and is able to move any goods.

From the port every day several cruises and numerous direct ferry in Sardinia and Corsica, shipping companies are Moby, Sardinia Ferries, Linea Gulfs.

A Livorno is in operation for many years the Port Approach Control that ensures the safety of navigation and environmental protection within and near the port docks.

Characteristics of the Port of Livorno