By virtue of its dynamism, Livorno landscape has provided the artistic and culturally diverse people of great standing who have contributed to the construction of a history of art and culture.

The sensitivity of Pietro Mascagni opera 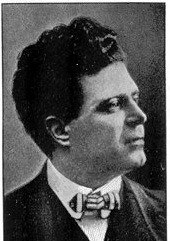 Born in Livorno on December 7 1863. The young Mascagni ilcompositore to make dreams and assists in the humanities than music: he studied piano and singing as contralto in the Schola Cantorum of the Church of Saint Benedict, and three years later, doing musical studies and became more regular student of Alfredo Soffredini, founder of ' Istituto Musicale Livornese.

Is performed in 1881 in Livorno his song "In spinning" four solo voices and full orchestra and wrote the song "In the joy" on the text of Schiller translated by Andrea Maffei.
In 1929 was inaugurated the Royal Academy of Italy, among the personalities honored with the framework title, along with Guglielmo Marconi, in Luigi Pirandello, in Enrico Fermi, a Gabriele D'Annunzio is Pietro Mascagni.

In 1940 the fiftieth anniversary of "Cavalleria Rusticana" Mascagni using new technologies, affect the work in the disk by increasing its popularity.
In 1945, August 2, in the room of his apartment at the Plaza Hotel in Rome (his residence since 1927) Mascagni dies. 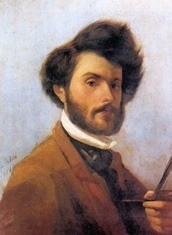 Giovanni Fattori was born in Livorno on 6 September 1825. Having studied with G. Baldini in Livorno in 1846 he moved to Florence at the painters.

In Florence, in 1847, John became a pupil of Joseph Bezzuoli (author of major historical and romantic paintings). 1848 sees John Factors involved in the Risorgimento, responsible, modest but dangerous boy of the Party of Action, that is a distributor of sheets "incendiary." The following year, assists Livorno all'assedio that will leave indelible impression in him.

His turning point was the meeting with Nino Costa in 1859. Costa urged him to compete for premium Ricasoli on Risorgimento battles that will win. His painting technique identified with the stain (from which the school Macchiaioli) bursts in all the paintings that became famous both in Italy and abroad.

The competitions were at a premium a normal way to get noticed. In 1869 becomes professor at Belle Arti in Florence in 1886 and comes as the Academy Professor of the drawing. His paintings traveling to all corners of the world and everywhere are rewarded. On 30 August 1908 goes off to Florence.

The genius of Amedeo Modigliani

Perhaps not everyone knows that Amedeo Modigliani was, at that time, a somewhat typical bohemian 'effemminato and inveterate drinker.

On the advice of a friend was encouraged to open a studio near the marble quarries of Carrara , But lacked too Paris, where he returned and lived there for 10 years.

Went away by saying the famous phrase: "I'm going to drink my death", and so was', he died of meningitis at just 35 years.

The last of his lovers was alone and pregnant, committed suicide the same afternoon of the death of Modigliani.

Amedeo Modigliani was born in Livorno in 1884 and is the first study at the study of William Micheli.

In 1902 Modigliani attended the Scuola Libera del Nudo at the Accademia of Florence, under the guidance of Giovanni Fattori. From the second half of that year he moved to Venice, to study at the Academy of Fine Arts here, in subsequent editions of the Biennale, is face to face with the great French art of the century: the Impressionists, Toulouse - Lautrec, Eugène Carrière.

The impression given by this meeting in 1906 spinge Modigliani moved to Paris. In the capital of the world comes immediately in contact with the creative community of Montmartre, where the characters stand out as Pablo Picasso, André Salmon and Max Jacob.
heads and some naked woman, called "caryatids. Seven of these are presented to the Salon d'Automne of 1912.

Around the end of 1914, due to the precarious state of health and the difficulty in finding stone, with stops Modigliani sculpture and devoted herself entirely to painting. Favorite subjects are the portrait and the nude woman. Already in 1915 the style can be said to be mature, with oval faces and long necks characteristic.

Another subject of the portraits is the Polish poet Leopold Zborowska, which becomes its merchant. Thanks to him, in 1917, at the Berthe Weill Gallery, is presented in the cycle of naked women lying down, which gives rise to very scandal.