The seafront of Livorno 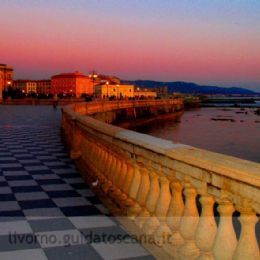 The promenade of Livorno is a seaside promenade which winds from the Medici of the city along the coast of the Ligurian Sea to the cliffs of Romito.

The promenade, Viale Italy today, is the face of Livorno piò known nell'800 and early'900.
The vegetation was rich backdrop for the exclusive hotels and baths including the Scoglio della Regina, was a small island connected to land by a bridge, beloved by the Queen of Etruria Maria Luisa of Bourbon that there had to dig a tank in which seawater flowed through four channels prepared to cross.

Bagni Pancaldi founded in 1846 with the title "Royal Bath", allowing the "Bagnature in sea water" and hosted the famous Olympia Cafe Concerto where he had musical and theatrical performances.

Continuing along the coast you will reach the impressive Mascagni Terrace, overlooking the sea. Built in 1928 area called "Mount of the Cavalry" was equipped with a gazebo for outdoor concerts and music and ended at the end of the fifties. It was recently restored with the whole area that surrounds it to return so the elegant architectural structure to its former glory and making it the hub and place of tourist promenade.

Further major restoration involving the whole twentieth dell'Acquario Comunale "D. Cestoni", and exhibition center for research on marine flora and fauna of the Mediterranean. The work of restructuring aimed at achieving the exhibition spaces, library, laboratories and point of reception and refreshments.

Continuing along the Bathrooms Pancaldi you arrive at Piazza San Jacopo in Acquaviva where is the church of the same name built on a hermitage of the fourth century who was a starting point for pilgrimages to Santiago de Compostela.

More than meets the Ippodromo Caprilli, the important summer and winter competitions, including the race and the Cup tris Sea, among the most visited of Italy.

The arrival point of the walk is at the Rotunda of Ardenza located in pine forest that was once frequented by Fattori and Modigliani and that is now in August hundreds of works by painters of the event in Round Award. The Piazza della Rotonda overlooking a small marina consists of two docks with a total of 260 berths.

This zone is characterized by numerous villas with gardens, the most significant is the total of Casini Ardenza, a series of thirteen buildings in style neoclassical made to be rented to travelers and wealthy tourists who have a hall for the celebrations, a library, games room, room for concerts and sea baths reserved.

Over the bridge begins the dell'Ardenza Antignano Boulevard, the southern limit of the city leading to the village namesake also enhanced by the presence of the house where lived Mascagni, the famous Heads Rome and the castle built by Cosimo I, several times renovated and now used as a dwelling.

From the southernmost area of Antignano begins a stretch of coast overlooking the sea and particularly striking impact on the landscape called Romito, so called because of the presence of natural cavities that served as the hermitage of monks Mintenero. The road winds along the cliffs of reddish sandstone, where there are still signs of old posts warning against piracy, the Tower of Calafuria and Castello Sonnino, and continues among the gorges and Calafuria Calignaia separate from the promontory of Sassoscritto: a cliff carved from the sea and wind into strange shapes, from which on a clear day you can glimpse the islands of the Tuscan Archipelago (particularly the Isle of Gorgona). 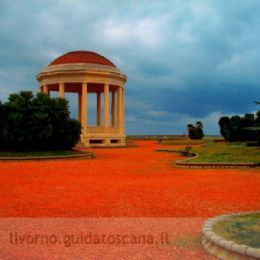 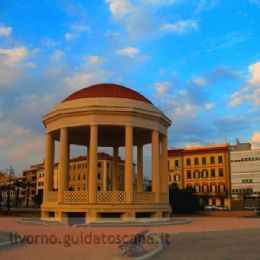 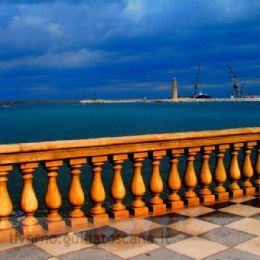 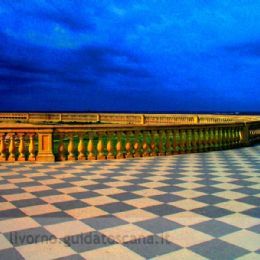 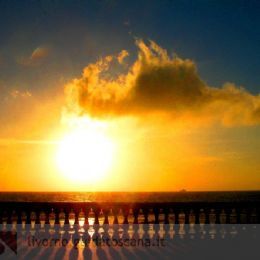 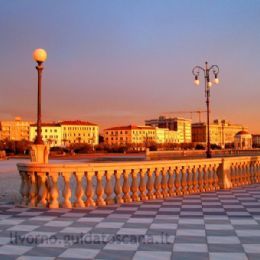 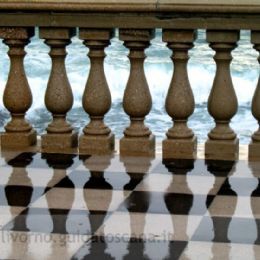 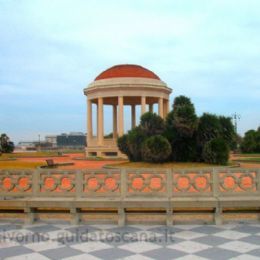 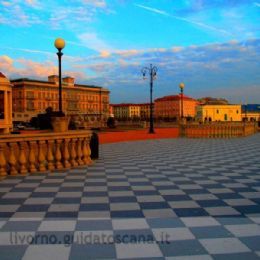 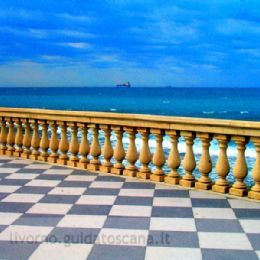 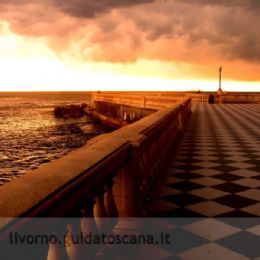 Hotels in Livorno, Bed and Breakfast